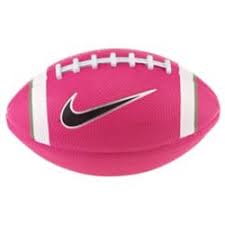 The JV Team defeated two opponents last week with resounding victories of Beaufort Academy and Timmerman… They face their final opponent of the season this Thursday at Bray Park. The JV team defeated Northside in their first meeting and surely both teams have this date circled on their schedules. It is the only THEME NIGHT for the JV TEAM this year and the theme is Breast Cancer Awareness. The players and cheerleaders will be wearing pink to raise awareness and fans are invited to as well. Game time is 6:00 pm. Hope to see you there.

The VARSITY team defeated the Augusta Eagles on Friday night. They are 7-1 on the season and are riding a 7-game win streak. Varsity travel to Pembroke Georgia this Friday to play the Coastal Hurricanes. The Varsity team defeated Coastal in their 1st match-up this year and with out a doubt, Coastal has this game circled. Last year, the Varsity team defeated Coastal in the 1st game and Coastal eeeked out a 2-point victory in the last game of the season. The PAC Varsity Team is determined to not let that happen again!

Quick Links to our site